Trickery is not only exclusive to the fox, calmness - not only for pigeons, deceit - not only for the snake, cowardice - not just for rabbits. All these properties can be encountered in the conduct of people. Seeing these similarities, people began to call one another fox, snake, rabbit in their domestic relations. But the images of animals and plants also have a parabolic meaning. The donkey began to express the characteristics of a hard and stupid man, the sheep - of the gentle and harmless, the snake - of the evil and vindictive, and the wolf reveals the nature of an evil and cruel man.

In that sence Aesop summarizes the essential morals of his time, giving them a satirical evaluation. To hide the sharpness of his critics, but also to provoke the resourcefulness in people, Aesop often likens people with animals and plants. This particular sense of expression has been associated with Aesop's fables throughout the centuries, starting from ancient Greece, going into Rome and Byzantium, reaching the Renaissance and surviving until today. Since the time of Aesop the fable was a powerful tool to expose and ridicule our ills and vices as people and as a society.

Aesop's fables may be short, but offer a wise lesson in the end. It is up to us to discover ourselves what is hidden behind the images presented by the author.
Read more about Aesop

Notes: "Aesop's fables" is a compilation of a some of Aesop's numerous fables. 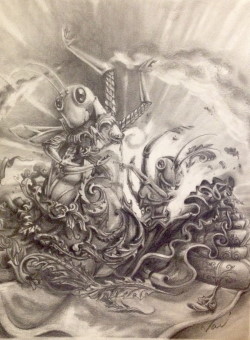