Welcome to the Arabic folktales page! 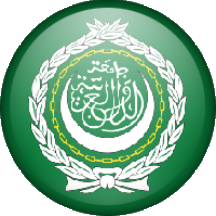 Back in ancient times the Arab people were leading the world in science, culture, education and medicine. A lot of their inventions, such as digits, are still used today.
The collection of Arab folktales consists of three books with 54 folktales.

Interesting places in the Arab world

Petra is a beautiful city cut in the rock of Mount Hor in Jordan. The city was probably built as early as 3rd century BC. One of man's greatest treasures, Petra is listed as a UNESCO World Heritage Site.
Babylon city was a city-state in ancient Mesopotamia, the remains of which are found in present-day Iraq. Babylon was found in 1867 BC and its Hanging Gardens are one of the Seven Wonders of the World.

Imam Ali Mosque is located in Najaf, Iraq. The mosque is the third holiest site for the followers of Shia Islam.

The Arabian Nights /One Thousand and One Nights/

Notes: This book holds some of the folktales form the Arabian Nights Entertainments. Selected and edited by Andrew Lang, these folktales are simplified and shortened, making them more suitable for children.

Notes: Contains 13 folktales from the Orient.

Submitted by users
1.The beggar and the miser