The Nix of the Mill-Pond

Fairy tale by The Brothers Grimm 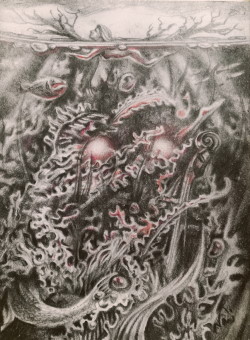 There was once upon a time a miller who lived with his wife in great contentment. They had money and land, and their prosperity increased year by year more and more. But ill-luck comes like a thief in the night, as their wealth had increased so did it again decrease, year by year, and at last the miller could hardly call the mill in which he lived, his own. He was in great distress, and when he lay down after his day's work, found no rest, but tossed about in his bed, full of care. One morning he rose before daybreak and went out into the open air, thinking that perhaps there his heart might become lighter. As he was stepping over the mill-dam the first sunbeam was just breaking forth, and he heard a rippling sound in the pond. He turned round and perceived a beautiful woman, rising slowly out of the water. Her long hair, which she was holding off her shoulders with her soft hands, fell down on both sides, and covered her white body. He soon saw that she was the Nix of the Mill-pond, and in his fright did not know whether he should run away or stay where he was. But the nix made her sweet voice heard, called him by his name, and asked him why he was so sad? The miller was at first struck dumb, but when he heard her speak so kindly, he took heart, and told her how he had formerly lived in wealth and happiness, but that now he was so poor that he did not know what to do. "Be easy," answered the nix, "I will make thee richer and happier than thou hast ever been before, only thou must promise to give me the young thing which has just been born in thy house." "What else can that be," thought the miller, "but a young puppy or kitten?" and he promised her what she desired. The nix descended into the water again, and he hurried back to his mill, consoled and in good spirits. He had not yet reached it, when the maid-servant came out of the house, and cried to him to rejoice, for his wife had given birth to a little boy. The miller stood as if struck by lightning; he saw very well that the cunning nix had been aware of it, and had cheated him. Hanging his head, he went up to his wife's bedside and when she said, "Why dost thou not rejoice over the fine boy?" he told her what had befallen him, and what kind of a promise he had given to the nix. "Of what use to me are riches and prosperity?" he added, "if I am to lose my child; but what can I do?" Even the relations, who had come thither to wish them joy, did not know what to say. In the meantime prosperity again returned to the miller's house. All that he undertook succeeded, it was as if presses and coffers filled themselves of their own accord, and as if money multiplied nightly in the cupboards. It was not long before his wealth was greater than it had ever been before. But he could not rejoice over it untroubled, the bargain which he had made with the nix tormented his soul. Whenever he passed the mill-pond, he feared she might ascend and remind him of his debt. He never let the boy himself go near the water. "Beware," he said to him, "if thou dost but touch the water, a hand will rise, seize thee, and draw thee down." But as year after year went by and the nix did not show herself again, the miller began to feel at ease. The boy grew up to be a youth and was apprenticed to a huntsman. When he had learnt everything, and had become an excellent huntsman, the lord of the village took him into his service. In the village lived a beautiful and true-hearted maiden, who pleased the huntsman, and when his master perceived that, he gave him a little house, the two were married, lived peacefully and happily, and loved each other with all their hearts.