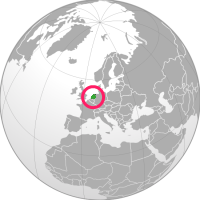 The Netherlands is a country in North-West Europe. The Dutch people were renowned as excellent tradesmen and seafarers. The biggest port in Europe is in the Dutch city of Rotterdam.
The collection of folktales from Holland consists of one book with 21 folktales.

2.The boy who wanted more cheese

3.The princess with twenty petticoats

4.The cat and the cradle

6.The boar with the golden bristles

7.The ice king and his wonderful grandchild

8.The elves and their antics

9.The kabouters and the bells

10.The woman with three hundred and sixty-six children

11.The Oni on his travels

12.The legend of the wooden shoe

14.Brabo and the giant

15.The farm that ran away and came back

17.The goblins turned to stone

21.Why the stork loves Holland

What's interesting in The Netherlands


Kinderdijk is a village in the Netherlands. The village was built in a polder and uses a system of 19 windmills to drain it. Kinderdijk is listed by UNESCO in the World Heritage List.
Defence Line of Amsterdam is a 135 km long ring of fortifications around Amsterdam, consisting of 42 forts and lowlands that can easily be flooded in time of war. It is the only fortification built around using water as an advantage. Defence Line of Amsterdam is protected by UNESCO as a World Heritage Site.

Keukenhof, also known as the Garden of Europe, is the world's largest flower garden situated near Lisse, Netherlands.